The Gala, which will be held at Navy Pier, will start with a reception at 5:30 p.m. Proceeds will benefit the Breast Cancer Research Foundation (BCRF), the HCF’s legacy charity as well as the James Beard Foundation. Since the first gala in 1998, HCF has raised more than $50 million and has been credited with donating more than $29 million to BCRF. Since 2000, HCF has funded 120 BCRF research projects. Over the years, housewares-supported breast cancer advances have included:

Co-chairs for the 2019 event are Phil Brandl and Peter Cameron, Farberware/Acuity Management.

The Honorees
Niraj Shah and Steve Conine co-founded Wayfair in 2002 and the pair rapidly grew the business to become one of the world’s largest online destinations for the home, generating $6.2 billion in net revenue for the 12 months ended September 30, 2018. Shah serves as co-chairman and CEO. Before founding Wayfair, Shah served as CEO and co-founder of Simplify Mobile, an enterprise software company that was sold in 2001. Prior to that, he served as entrepreneur-in-residence at Greylock Partners; COO and a member of the board of directors at iXL, a publicly traded global technology consulting firm; and as the CEO and co-founder of Spinners, which was sold to iXL in 1998. Shah has been included in Fortune Magazine’s 40 Under 40 and has won the Ernst and Young’s Entrepreneur of the Year award. He also serves on the board of Massachusetts Competitive Partnership, The Greater Boston Chamber of Commerce, and the Federal Reserve Bank of Boston.

Conine serves as Wayfair’s co-chairman and leads the innovations that give Wayfair a technological edge in the online retail business – from building Wayfair’s software systems in the early years to leveraging next-generation technologies such as augmented reality and artificial intelligence. Prior to that, he was a co-founder, board member and chief technology officer at Simplify Mobile. Before starting Simplify Mobile, Conine served as COO for the London office of iXL, and he also co-founded and served as a top executive of Spinners Incorporated. He also currently serves as a member of the Board of Directors for CarGurus, a leading global online automotive marketplace.

Mary Dillon joined Ulta Beauty as chief executive officer in July 2013, bringing extensive experience leading consumer-driven brands to the role, as well as a passion for leveraging consumer insights and customer-focused strategies to build brand engagement. Under Dillon’s strategic direction, Ulta Beauty has achieved record sales and earnings and excellent momentum in its e-commerce business. She leads an associate base of more than 40,000, 92 percent of whom are women. Dillon was named #9 on Fortune Magazine’s 2018 Business Person of the Year list. She also serves on the board of directors of Starbucks Corporation and KKR, Inc. Dillon championed the establishment of the Ulta Beauty Charitable Foundation in 2016 and has continued to strengthen the company’s longstanding partnership with the Breast Cancer Research Foundation. Under her leadership, Ulta Beauty has become one of BCRF’s top three corporate partners, engaging its guests, associates and business partners in raising more than $27.5 million since 2009. Dillon is passionate about giving back through her involvement in a number of nonprofit, civic and industry organizations including serving as a board member for Save the Children, as the vice chair for the Retail Industry Leaders Association and on the civic committee of The Commercial Club of Chicago.

William A. Foley was appointed chairman and CEO of Libbey Inc., one of the world’s largest glass tableware manufacturers, in January 2016, after serving as an independent chairman of the board since August 2011 and as a director of the company since 1994. In addition to his leadership position at Libbey, Foley serves as an independent director on the board of directors at Myers Industries Inc., a diversified, international plastics manufacturer of returnable packaging, storage and safety products and specialty molding. He also serves as the president of the Indiana University Student Foundation Board of Associates, a position he has held for more than five years. Previously, Foley served as chairman and CEO of Blonder Accents, LLC since June 2011 and chairman and CEO of Blonder Company from 2008 to 2011. During his career, Foley has held many senior leadership positions, including president and director, Arhaus, Inc.; co-founder, Learning Dimensions LLC; chairman and CEO, LESCO Inc.; and chairman and CEO, Think Well Inc. He also served as vice president and general manager for The Scotts Company, Consumer Division, and vice president and general manager of Rubbermaid Inc.’s Specialty Products Division. Foley spent the first 14 years of his career with Anchor Hocking Corp. in various positions, including vice president, sales and marketing.

BCRF was founded by Evelyn H. Lauder in 1993. Ms. Lauder, a champion for advancing the world’s most promising research to eradicate breast cancer, passed away in November 2012 in New York City.

To purchase tickets for the gala or for more information about the HCF, its honorees and its charities, please visit www.housewares.org/show/charity or contact Paul Murphy at 508.272.0717 or pimurphy11@gmail.com. 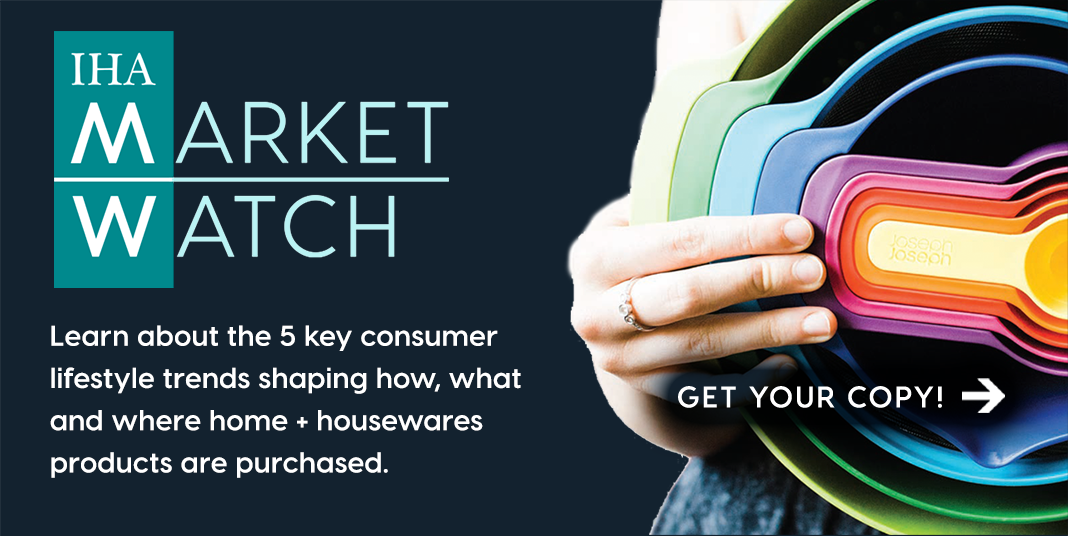