Have You Made Your Reservations? 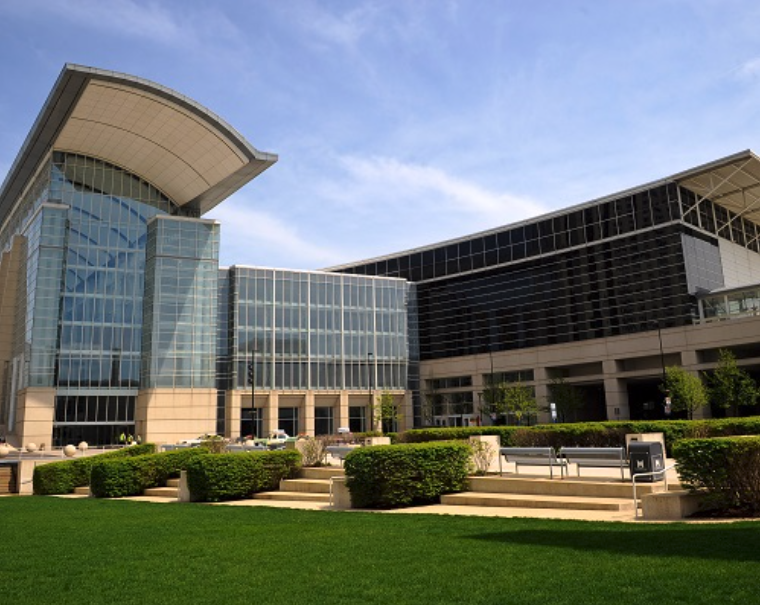 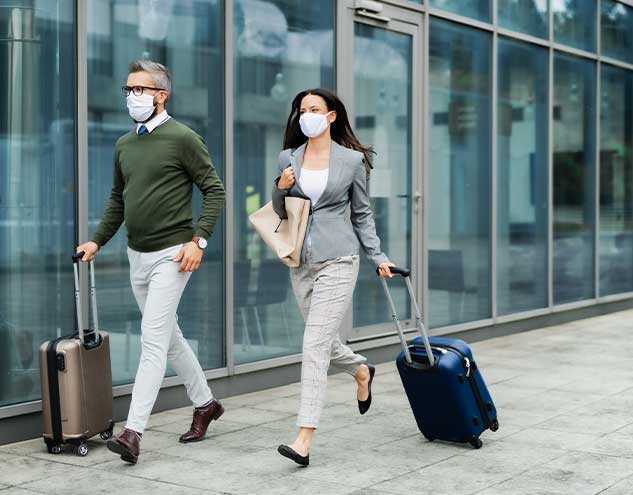 Find details on travel to, in and around Chicago. March 2022 information coming soon. 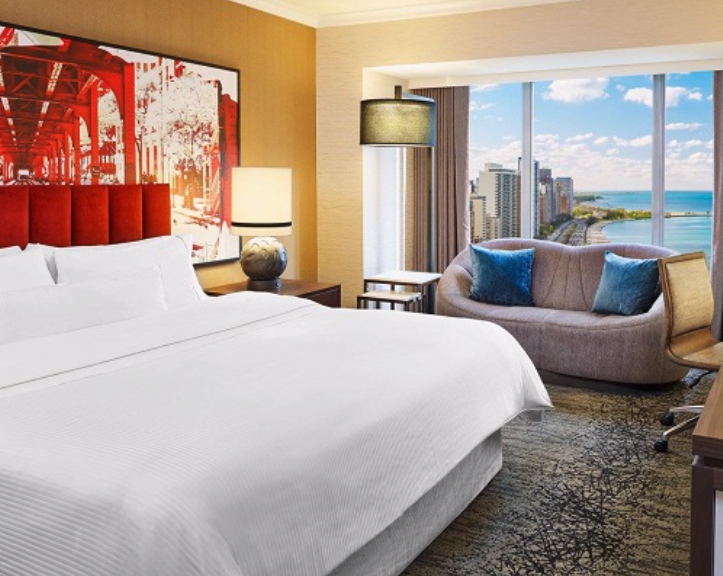 Reserve your room at one of Chicago’s many hotels, conveniently located near the Show.

*Power Hour: Show open until 6:30 pm on Saturday, Sunday & Monday allows you to continue meetings in progress at 5:30 pm.

For information on Chicago airports including gate locations visit www.flychicago.com

We have partnered with both American Airlines and United Airlines to offer travel discounts for the Show.

Visit the below website and use code 4122DE after your flights have been selected to receive up to 5% off published fares (excluding basic economy and non-discountable fares). You may also call the American Airlines Meeting Services Department at +1-800-433-1790.

Travel must occur from February 22 through March 22 to receive the discount.

Visit the below website and use code ZKB5674127 before searching for flights to receive up to 10% off published fares (excluding basic economy fares). You may also call the United Meeting Reservation Desk at +1-800-426-1122.

Travel must occur from February 19 through March 15 to receive the discount.

​​To view Show your Badge Discounts at both airports click here.

Ride for free on the Metra, Chicago’s commuter train system, using the complimentary pass found at all Information Desks in McCormick Place and on the Show App.

TIP: Even if your hotel is beyond walking distance to a downtown Metra station, take the train to one of the listed stations and then take a taxi to your final destination. It will save time and money!

Museum Campus at 11th Station is just west of Michigan Avenue at Roosevelt Road and provides access to some of the city’s most famous museums.

McCormick Place Station is located on level 2.5, in the South Building below the Grand Concourse (stairway/elevator access to the train platform). The McCormick Place station has been completely renovated. The project includes better signage, enhanced lighting and re-designs of the waiting room and platform.

Ventra is the Chicago bus and train payment system. At the Ventra Vending Machines in ‘L’ Stations you can choose to purchase a Ventra card that is reloadable and can be controlled using the Ventra App or a ticket that has limited use and cannot be reloaded. Once you have downloaded the App you can also buy and use Metra mobile tickets, get notifications for your account balance and see real-time arrivals for CTA, Pace and Metra. Fares for both the train and bus are generally $2.50 per ride. For more information or to plan a trip visit https://www.transitch icago .com / .

A single ride is $2.50 using exact cash or a Ventra card.

Chicago’s rail system consists of train lines spanning the city and is known as the “L”, short for “elevated” train. In many parts of the world, this system is also referred to as a “subway” or “metro”. A single ride $2.50 using a Ventra card or ticket unless otherwise noted.

Green Line
The Cermak-McCormick Place Green Line station offers attendees an additional way to leave the McCormick Place campus with stops convenient for those staying in hotels south of the Chicago river and in the West Loop. Station Location: 12 e. Cermak rd. (between State St. and Wabash Ave.) two blocks northwest of the West Building.

Blue Line
The Blue line offers service directly from O’Hare International Airport to the Chicago Loop and Oak Park. It is convenient to hotels south of the River and connects to the Green, Orange and Red Lines at the Clark/Lake station. The fare entering the O’Hare Station is $5.00.

Orange Line
The Orange line offers service directly from Midway Airport to the Chicago Loop. It is convenient to hotels south of the River and connects to the Green, Blue and Red Lines at the Clark/Lake station.

Red Line
The Cermak-Chinatown Red Line station also offers attendees a way to get to McCormick Place. It has convenient stops for those staying in hotels in River North/Streeterville, Gold Coast, Lincoln Park, Lakeview and Wrigleyville. Station Location: Between Clark St. and Wentworth Ave, four blocks northwest of the West Building.

Divvy is a bike sharing system that offers thousands of bikes at multiple stations across Chicagoland. For $15 (debit or credit card), you can unlock a bicycle and begin your trip. Ride codes are good for only one trip. Your Bike Pass includes unlimited trips of 3 hours or shorter for a 24 hour period. For $3.00 you can take a single trip for up to 30 minutes. Any trip longer than the set time is $3.00 for 30 minutes. Get a 24-hour Pass from any sta- tion kiosk.

Amtrak, the national rail operator, connects America with 21,000 route miles in 46 states, the District of Columbia and three Canadian provinces. If you plan on taking the train to Chicago be sure to take advantage of their early-bird and multi-passenger sales. Customers can save 20% on coach fares with a 14-day advance purchase on most reserved trains and save up to 45% on coach fares when six people travel together on share fare option with two-day advance purchase:

There will be a complimentary shuttle running to and from McCormick Place for those parked in McCormick Place’s Lot B. The shuttle will pick-up and drop-off at Gate 27 of the North Building.

Complimentary coat and luggage check is available in each building at McCormick Place.

We have partnered with Avis Car Rental to offer travel discounts for the Show. Use the Avis Worldwide Discount (AWD) Number: Y110058 when you reserve your car online or when you call +1-800-525-7537 to receive up to 30% off your rental cost.

IHA has designated limousine and private charter dispatch areas. Vehicles will be notified through a radio as exhibitors and attendees arrive at the appropriate gate. Please communicate these pickup and drop-off locations to your limousine or private charter company.

North & South Buildings: Level 1, Gate 27 - at East Lobby of the South Building, (2 levels below the Grand Concourse). Limos should enter from 31st street at Moe Drive and follow directions.

North & South Buildings: Level 1, Gate 26 - at east Lobby of the South Building, (2 levels below the Grand Concourse). Private charters should enter from 31st street at Moe Drive and follow directions.

Select a hotel for complete Shuttle bus information. Before boarding the shuttle be sure to check in the window for the McCormick Place Building that it is servicing and familiarize yourself with the pick-up location once you have arrived at McCormick Place.

Complimentary shuttle bus service will be provided between the official Show hotels and McCormick Place during morning and evening hours. The on-site shuttle bus office is open on show days 30 minutes prior and 30 minutes after the hours listed below. For special needs transportation, please call +1-877-589-2671 at least 20 minutes prior to desired pick-up time.

Routes 1 - 6 will pick-up every 15-20 minutes between the service hours indicated below.
Route 7 will pick up every 30 minutes.

*Limited stops up Michigan Avenue from South Building Only.

Complimentary shuttle bus service will be provided between the official block hotels and McCormick Place during morning and evening hours.

take an airport express van to all major downtown hotels or McCormick Place. Vans run from 6:00 a.m. to 10:00 p.m. daily. Boarding areas and airport express van service personnel are located in the baggage claim areas of all terminals. frequency is every 15-20 minutes.

From Midway Airport to McCormick Place

Take an Airport Express van to all major downtown hotels at McCormick Place. Vans run from 7:00 a.m. - 9:00 p.m. daily. Boarding area and airport express bus service personnel are located in the baggage claim at LL Door 3. Frequency is every 20-25 minutes.

Service runs every 30 minutes, more frequent service will be made available based on demand. To make a reservation at times other than those listed above, call (888) 284-3826. Reservations should be made a day in advance. Last minute reservations can be made on a space available basis. Prices listed are subject to change.

Children 5 and under ride free | children 6-12 are $13.00 each
*Pair and group fares are per person, must travel together at the same time, to the same place and is priced per person.

IHA works with the following travel agencies who can help you book hotel rooms and airfares to attend The Inspired Home Show.

Mexico and Latin America (except Brazil)

If You Require a Visa to Enter the United States

Follow the steps below to receive an invitation letter from The Inspired Home Show:

There are currently 39 countries participating in the Visa Waiver Program.

To learn more and to download an ESTA Fact Sheet, please go to https://www.cbp.gov/travel/international-visitors/esta

If You Do Not Require a Visa

If you do not require a visa and plan to enter the United States under the Visa Waiver Program* (VWP), please note the following:

All nationals and citizens of Visa Waiver Program (VWP) countries are required by law to obtain a travel authorization prior to initiating travel to the United States under the VWP. This authorization may be obtained online through the Electronic System for Travel Authorization (ESTA™), an Internet application administered by the Department of Homeland Security (DHS) through a U.S. government Website.

The ESTA™ application Website is available in 24 languages and includes a help section that provides additional information for VWP travelers to guide them through the application process. To start the authorization process, please go to https://www.cbp.gov/travel/international-visitors/esta.

Note: Any traveler without a machine-readable passport will be required to obtain a visa before coming to the United States.

NOTE: The citizens of the new countries of Curacao, Bonaire, St Eustatius, Saba and St Maarten (the former Netherlands Antilles) are not eligible to travel to the United States under the Visa Waiver Program if they are applying for admission with passports from these countries.

*To be eligible to travel under the VWP, British citizens must have the unrestricted right of permanent abode in England, Scotland, Wales, Northern Ireland, the Channel Islands, and the Isle of Man.